Built in 1893. Situated in the heart of the medieval town. An important landmark.

The 25 metre-high bell tower, affectionately referred to as the “Campanone”, by the locals, together with Ganganelli Arch, is one of the town’s most important landmarks. It can be easily spotted from roads leading to Santarcangelo.

Built in 1893, in neo-gothic style, shortly after the demolition of the ruins of the old medieval tower, it is considered to be unpretentious, in terms of historic architecture.

On top of the flagpole, you can see an angel. It is the archangel Michael, patron-saint of the city, used as weather vane, and made of wrought iron. It reliably indicates the wind direction.

Today, the bell continues to chime every 15 minutes, signalling the exact time of day to nearby inhabitants. 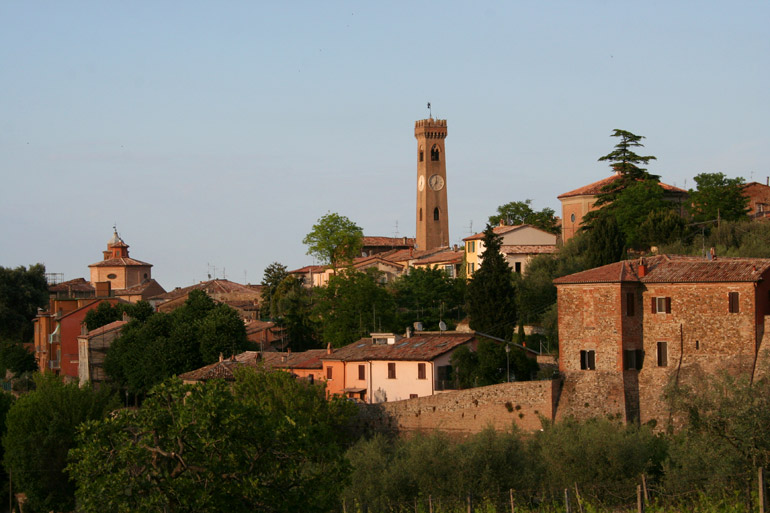