School built on the ruins of a 14th century Franciscan church.
In 1890, the public school of Santarcangelo was inaugurated. The school house was built on the same spot where, up until 1886, there was a 14th century Franciscan church and monastery.
Located outside the city walls along Emilia Road, on flat land, it stood next to the area reserved for town markets and fairs.
An old, nostalgic photo shows the impressive dimensions and gothic architecture of the single nave, to which various chapels were added between the 14th and 17th century, but no longer existed by the second half of the 19th century.
The church and monastery were initially suppressed in 1805, during the Napoleonic era, and conclusively in 1862.
First, the church was transformed into military barracks and later, in 1873, into a pipe factory.
Today, the whole complex has been transformed into the elementary school “Maria Pascucci” overlooking Piazza Ganganelli, the city’s main square.
The monastery’s artworks have been saved and preserved in the Historical Archeological Museum of Santarcangelo.

These works of art from the church of Saint Francis include a famous polyptych by Jacobello da Bonomo of the Madonna on the throne with Child and Saints (1385) and a canvas of the Madonna with Child, Saint Francis, Saint George and a donor (1531) by the artist Luca Longhi from Ravenna, donated by Antonello Zampeschi.
In addition, the museum houses inscriptions, tombstones and wood inlays from the old church. 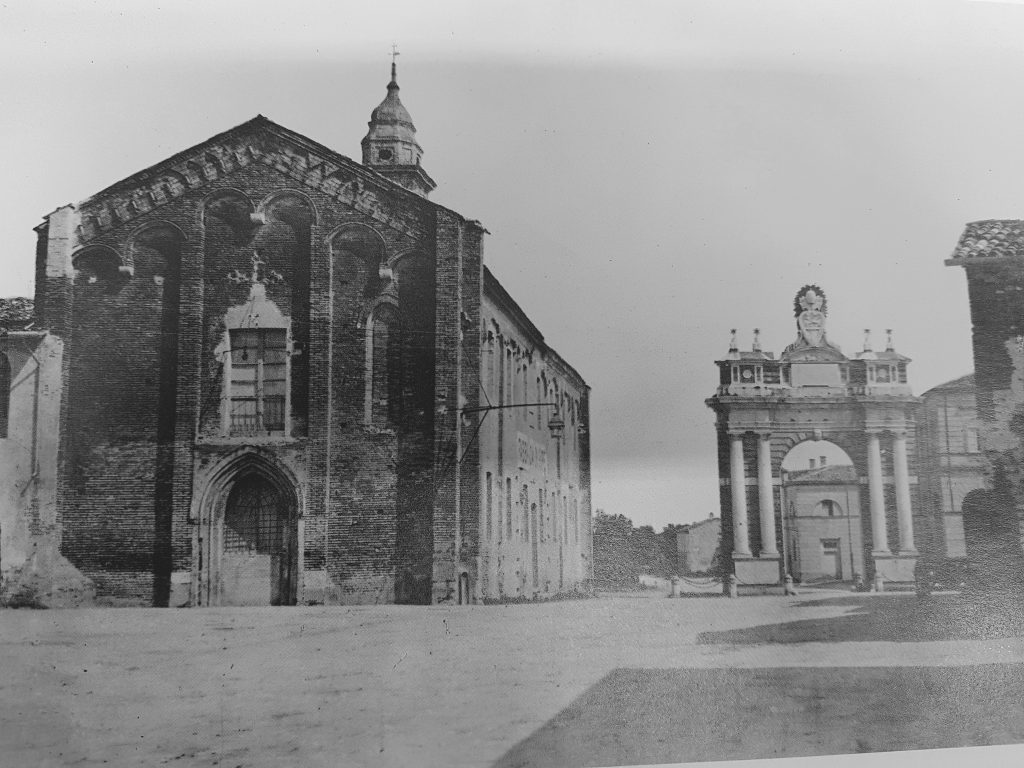 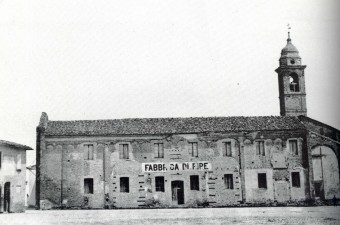