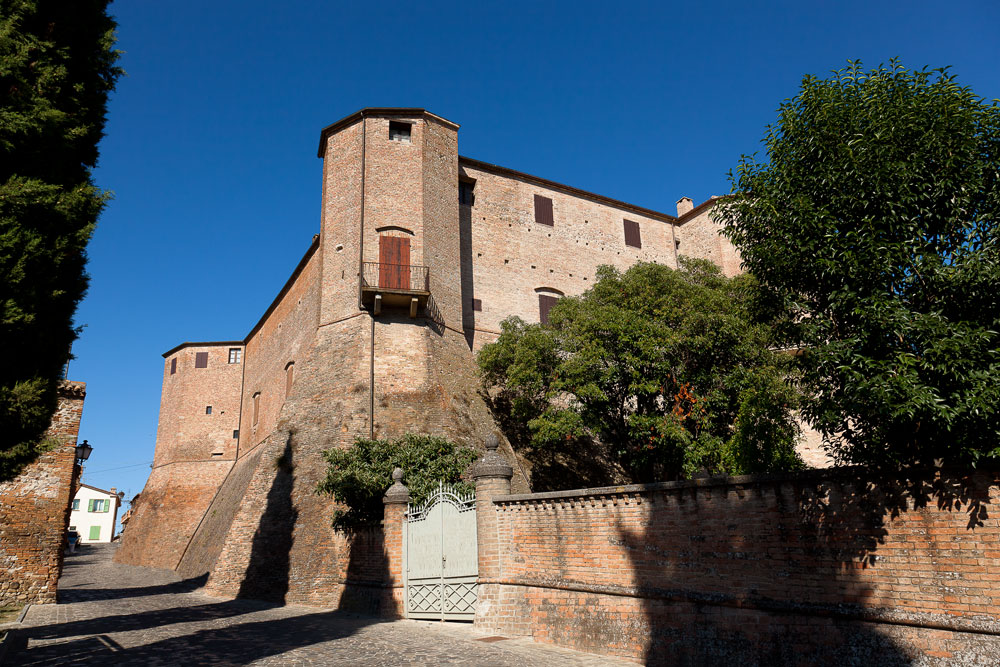 After a series of struggles between the Guelphs and Ghibellines in the 13th century, the Malatesta family gradually took over Santarcangelo. Malatesta from Verucchio, referred to as “Mastin Vecchio” by Dante, garrisoned the castle for a short time after becoming head of the Guelphs. In 1288 his son Gianciotto seized control of it for the town of Rimini for just over a year. Because of these events, some scholars set Dante’s tale of Paolo and Francesca within the walls of the fortress. It was over the 14th and 15th centuries that the Malatesta family managed to acquire an unchallenged domain over a wide area surrounding Rimini. However, it is largely thanks to Sigismondo Pandolfo – scholar, warrior and architect – that, in 1447, the fortress of Santarcangelo assumed the structure it still has today.

In 1462, the fortress was taken over by Federico of Montefeltro, reconquered by Roberto, son of Sigismondo Pandolfo, and destroyed by Cesare Borgia in 1498.

After the fall of the Borgias, the fortress was abandoned by the Malatesta and passed to the Venetians, who then ceded it to the Holy See in 1505. During the succeeding centuries until the Unification of Italy, it was given in perpetual lease to various lords: then, in 1880, it became propriety of the Massani family.

In 1903 it was bought by the Rasponi Counts and then, by inheritance, it passed to the Spallettis, and subsequently to the Colonnas who are still the owners.

The Rocca Malatestiana is one of the most interesting and best preserved fortresses of the Romagna area. It is currently the head office of the Sigismondo Malatesta Association, which, on the one hand, helps Santarcangelo to preserve its history and traditions and, on the other, to connect with other international and national cultural centres.