City entrance leading to Cervia Commissioned by the Malatesta family. 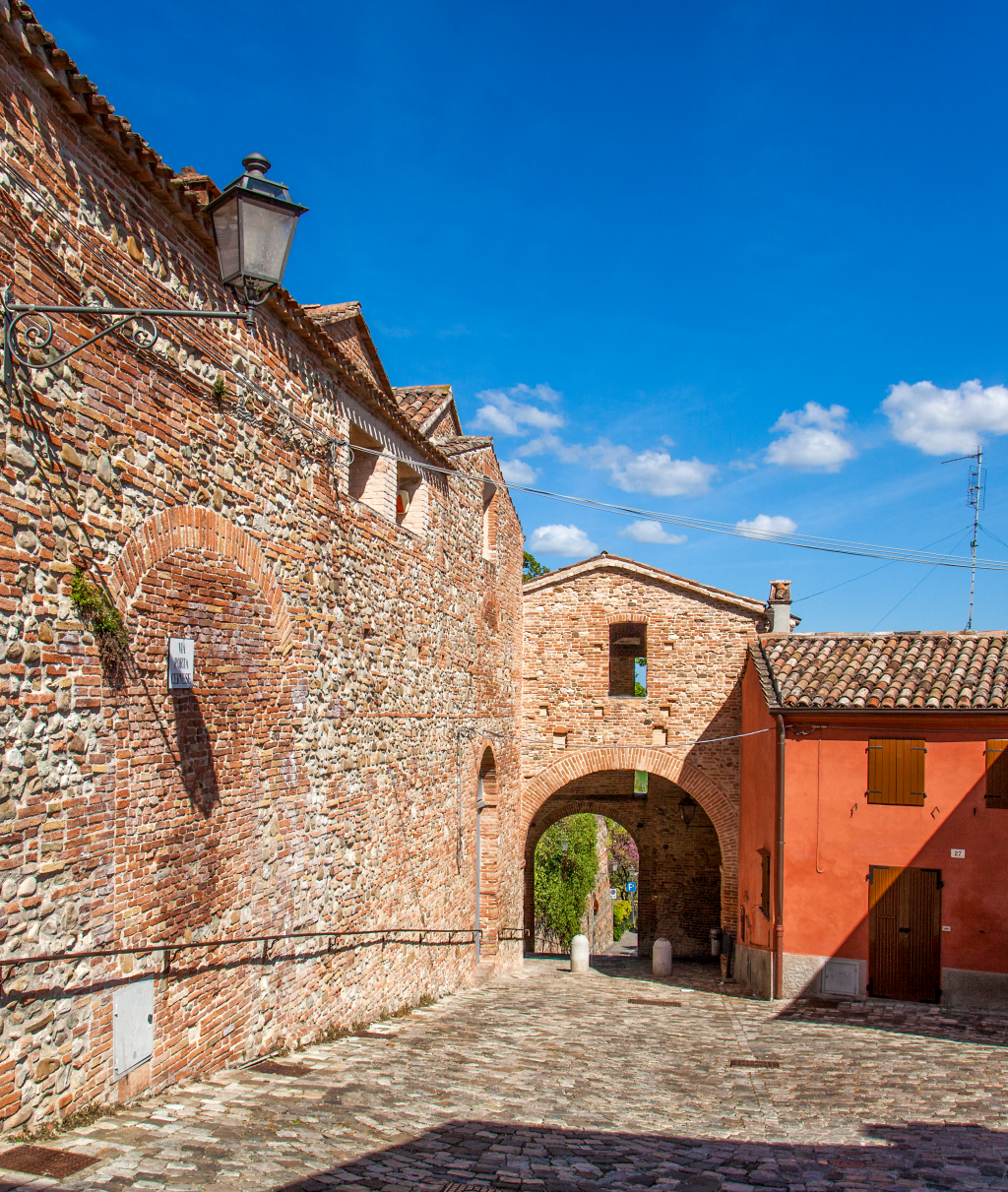 Porta Cervese, also known as “Salt Gate”, was once the entrance of the road connecting Santarcangelo to Cervia, a nearby seaside town which is famous for its salt fields.

In the past, salt was considered precious, as it was the main way to preserve food. So here the precious salt transports passed through Santarcangelo, on their way to areas further inland.

The Cervia Gate was built under the rule of the Malatesta family. Originally, there was a drawbridge. You still can see the slits necessary for the movement of the planks of the drawbridge.

Once there were four entrances into the medieval town, however, today, this is the only remaining entrance.

It formed part of the second ring of walls that Carlo Malatesta started to build in the 14th century which his nephew, Sigismondo Pandolfo, fortified with strong towers in 1447.