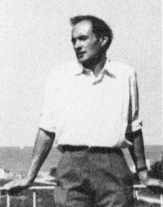 Here you are close to the house of Nino Pedretti, one of the most important Italian dialect poets of the post-war period.

During his youth, he, together with other young intellectuals of Santarcangelo, founded the association which later became known as “E’ circal de’ giudéizi” (the circle of judgement).

He was a language teacher at a secondary school and a keen linguist. His first collection of poems entitled, “Al vòuşi“ was published in 1975 and was immediately a great success.

This is how Nino defined dialect:

“Unlike the Italian language, wrapped up in codes, polished and distinguished, its humble brother, the dialect, has lived in the open like a wild plant, drenched by the rain over centuries, and, like the pertinacious couch grass, has climbed mountains, entered the smallest villages, covered every metre of ground where ordinary people lived of their own hands’ work and sacrifice.” 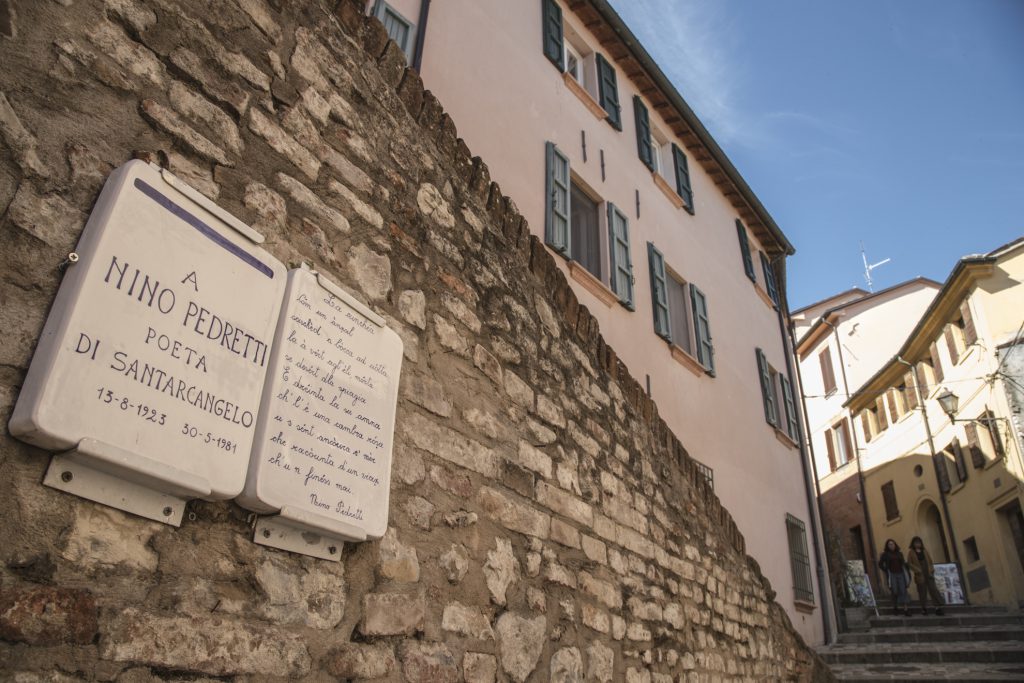