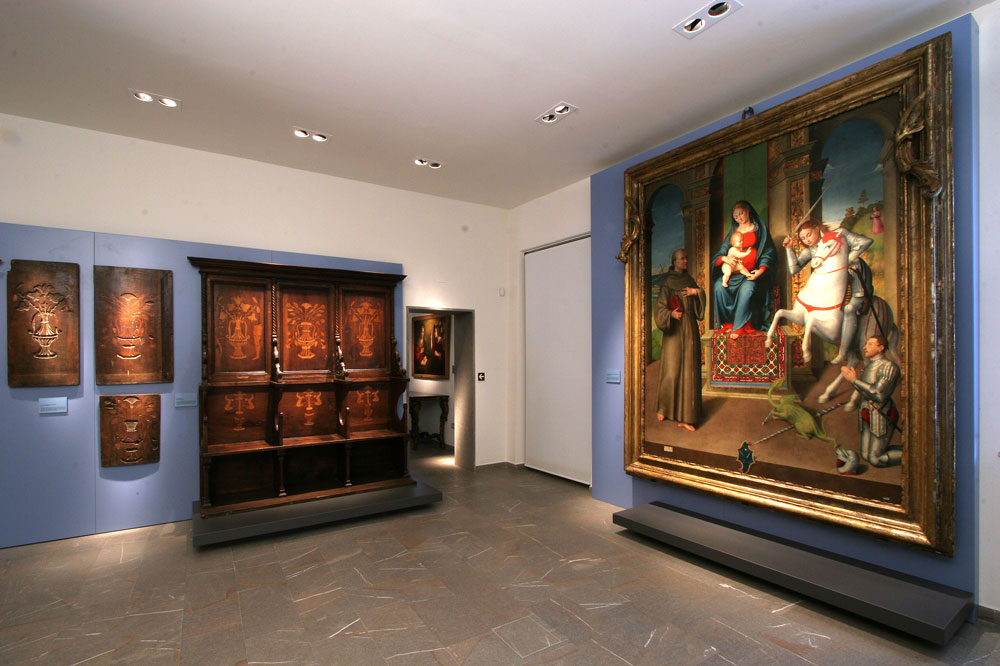 “A painter blessed with talent, but with miserable luck”, Guido Cagnacci was of the great painters of the seventeenth century.

Guido Cagnacci was born in 1601 in Santarcangelo to a family of merchants. He completed his art studies in Bologna, where he became acquainted with the work of Guido Reni, and then moved to Rome where he became fascinated by the naturalism of Caravaggio. Thanks to the charm of his work, imbued with naturalism and feeling, he had numerous commissions from the clergy of Rimini. But unfortunately he committed a “grave crime” by falling in love with the weathly Countess, Teodora Stivivi. They even tried to run away together after secretly exchanging wedding vows, however their escape was foiled. It was out of the question for members of the aristocracy to marry commoners. Cagnacci was then persecuted and deserted by the ecclesiastical commission, and forced to seek employment elsewhere.

Initially he lived between Santarcangelo and Cesena. He later took up with a young model, whom he did not marry, forcing her to disguise herself as a boy since Cagnacci still claimed his

entitlement to the Countess’s substantial endowment.

However, the slanderous gossip about him continued and he was forced to roam further afield: to Forlì, Faenza, Bologna and finally to Venice, where he lived for ten years under a false name. Here he gave full expression to his innermost passions, as he devoted himself to the realisation of a series of works for a secular commission, in which he depicted sensual women, such as Cleopatra, Madeleines and other symbolic figures in revealing clothing.

His great fame earned him an invitation to Emperor Leopold I’s court in Vienna where he died a few years later in 1663.

Santarcangelo has two masterpieces by the artist: the altarpiece depicting Baby Jesus, St. Joseph and St. Eligius signed and dated 1635 kept in the “Collegiate” Church and the Madonna and Child, given to the Museum of History and Archaeology (MUSAS) by Luigi Koelliker.