There are more than 150 grottos (or man-made caves) which lie under Santarcangelo’s historic centre.

They extend over eight different levels and form a complex underground city.

There are various theories as to their original use – ranging from pagan places of worship, and burial chambers, through to places for storing wine and food in pre-refrigeration days.

The Monumental Grotto epitomises all of these: long vaulted corridors dug into sandstone, leading to halls with niches on various floors, all shrouded in mystery.

At the entrance you can admire part of a portico that originally belonged to the cloister of a 14th century Franciscan church (which no longer exists). It stood next to Ganganelli Square, where the elementary school is today.

During World War II, about 80,000 people were killed by attacks and bombing in this region.

In Santarcangelo, many lives were saved, thanks to the grottos that were used as bomb shelters.

According to legend, amidst the secret passageways and complex communicating grottos, some of which have still not been discovered, there are solid golden looms, that are operated only at night by tireless ghost weavers, the spirits of their former owners. 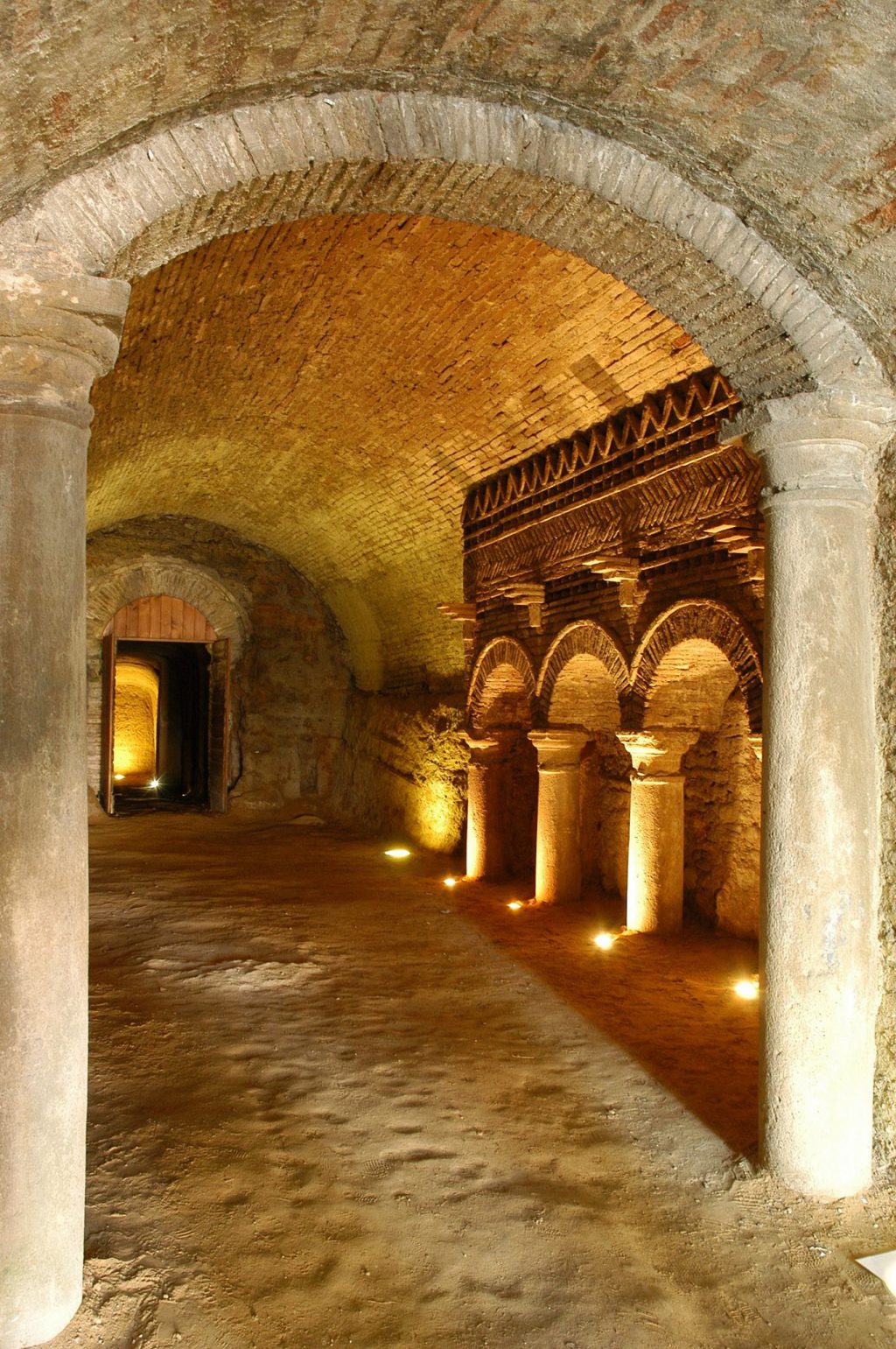