Born in Santarcangelo on 16th April 1922, she was known as Giuliana ad Galinòun, after the nickname of her father Federico. She died in Rimini in 1996.

Giuliana lost her mother, Giuseppina, at the tender age of ten and started working to contribute to the family income without even having obtained her primary school certificate.

Gleaner, worker at the factory Arrigoni in Cesena, at the wool factory in Rimini, at the rope factory in Santarcangelo as well as housemaid on an hourly basis, Giuliana was basically a self-taught poet, even if she always denied being called a poetess.

In 1964, during the workers’ struggle against the closing of the rope factory, she composed her first poem consisting of typical rhymed verses. It was similar to those written by her father as entertainment during evening encounters at farmers’ houses and stables in the countryside.

In 1972, Giuliana Rocchi published her verses in the official gazette of the city, “TuttoSantarcangelo”, which exactly in that year launched a campaign for the recognition of the Romagnolo dialect and poetry written in dialect.

In 1980, her first poetry work entitled, “La vóita d’una dòna” was published, thanks to the involvement of her journalist friend Rina Macrelli, who played an important role in the so-called “Circolo del Giudizio” (circle of judgement) that had formed in Santarcangelo after the Second World War, comprising, among others, Tonino Guerra, Raffaello Baldini, Gianni Fucci, Nino Pedretti, Flavio Nicolini. 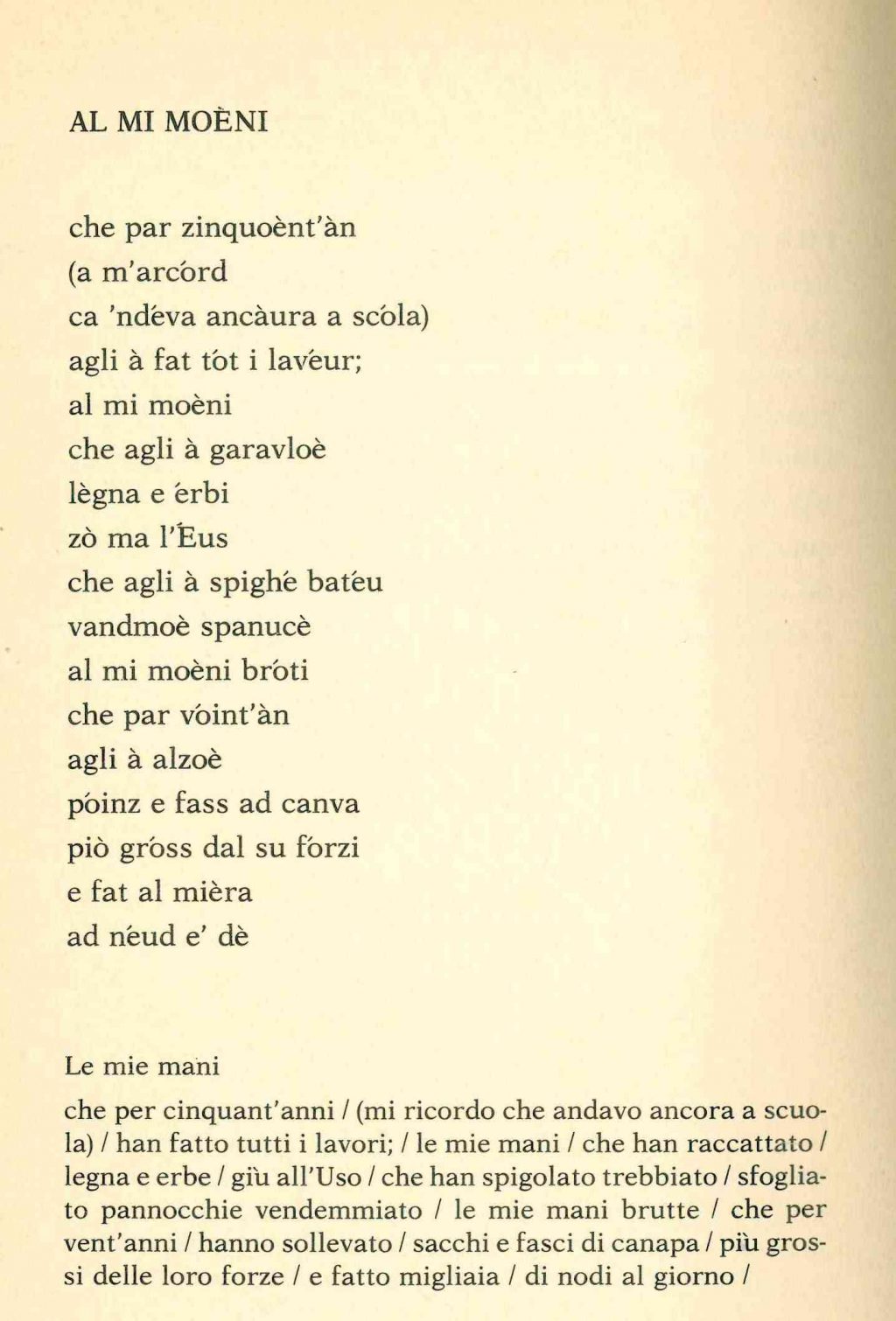 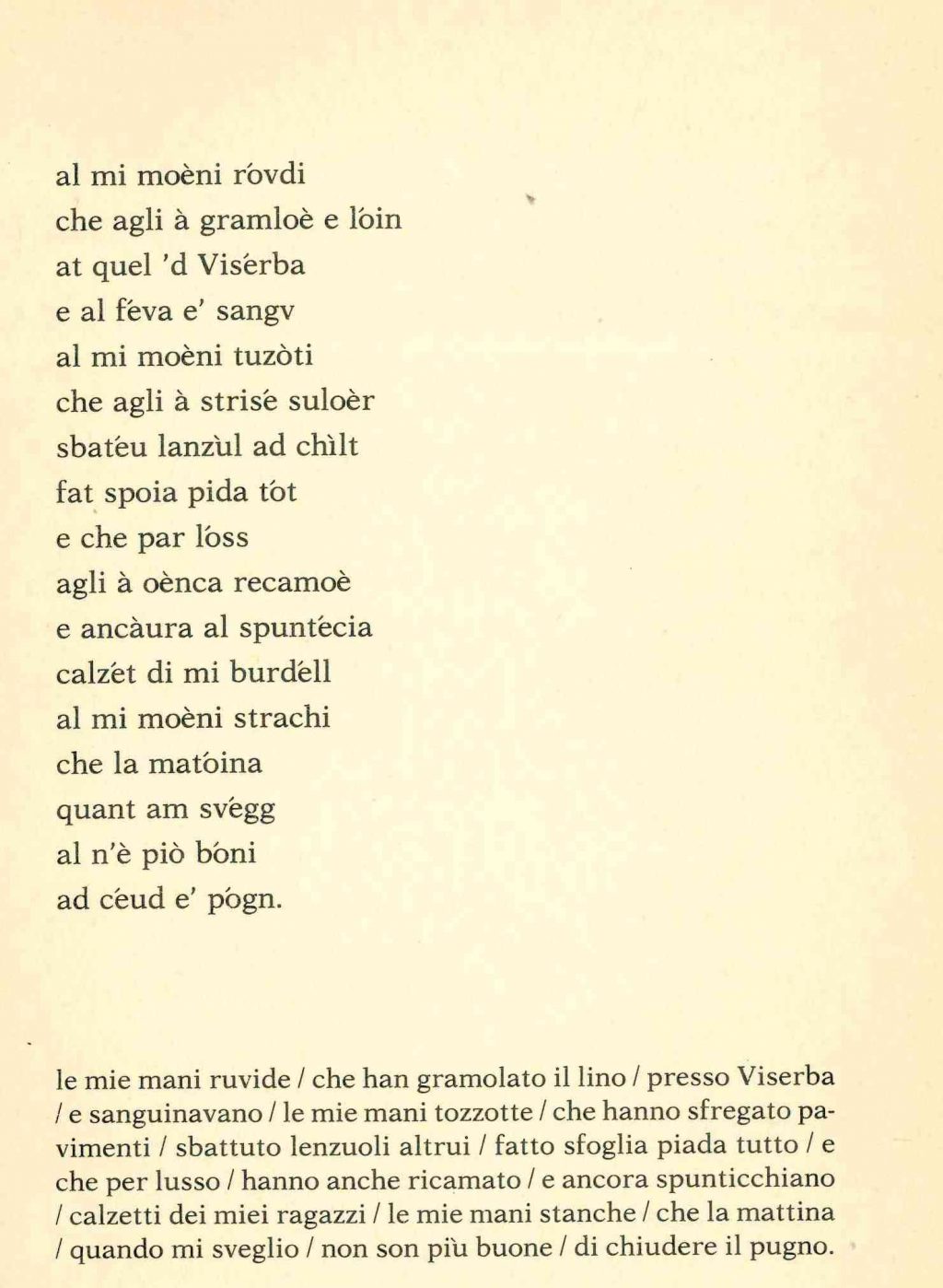