COMMERCIAL HEART OF THE CITY (5) 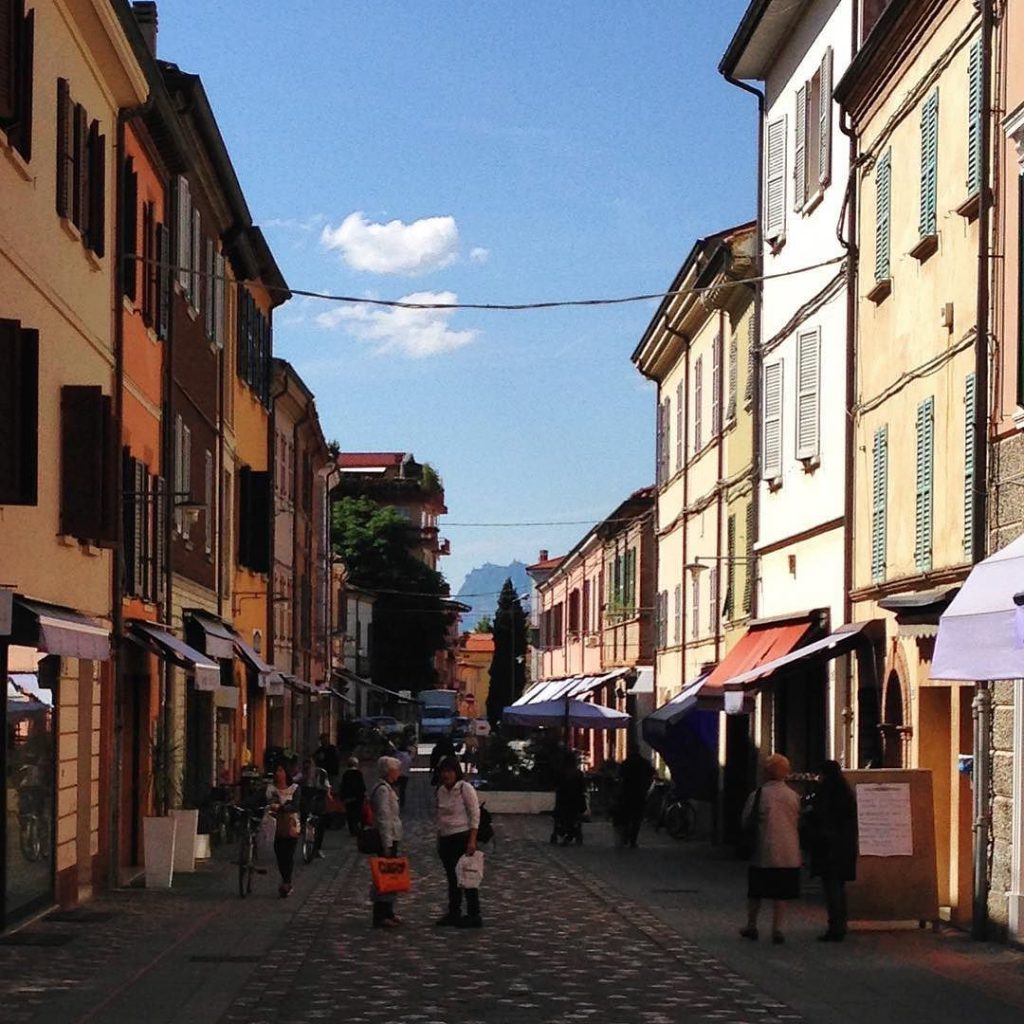 You are here at the “Combarbio”, the intersection of various streets.
At the centre of this small square there is an old millstone with a port bollard on top of it, symbolising the connection between agricultural and maritime traditions.
Until a few decades ago this place was called the “men’s piazza” and a meeting point for political rallies.
Women, then, did not go to taverns and bars and did not participate in public life.
Today, this square is the commercial “heart” of Santarcangelo.
The beautiful 18th century architecture within these streets is interrupted by Via Matteotti with buildings of the fascist era, which was called “Via dell’Impero”.
Looking down Don Minzoni Street you can see the “blue vision of San Marino” described by the poet Giovanni Pascoli in his works.
Taking Rino Molari Street, you reach Ganganelli Square, while climbing the stairs in Saffi Street, you arrive at Battisti Street.
Turn left into Battisti Street, to reach the Tourist Office, the old cloth printing shop “Stamperia Marchi” and the historic covered fish market which is still open.
However, if you continue climbing the stairs you will reach the medieval part of town. 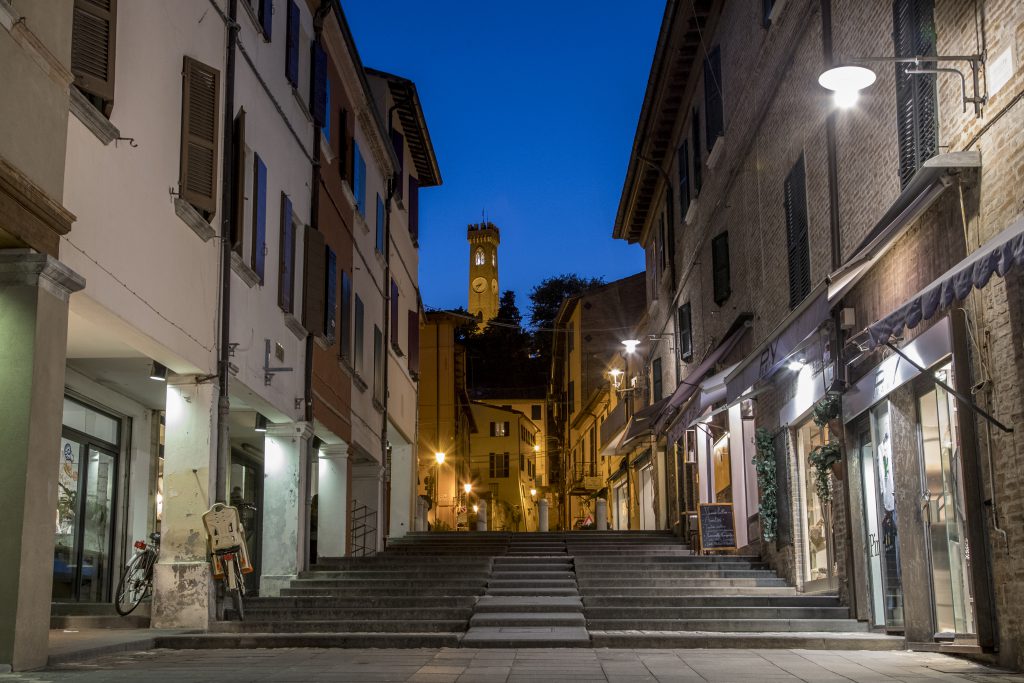