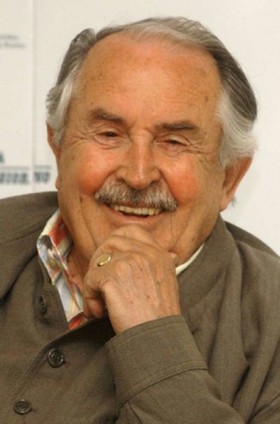 His literary and cinematographic career are universally recognised. Innovator of postwar Italian poetry, through which he gave a new respectability to the local dialect in verse. He carried his poetic talent into the film industry, working on scripts and writing for some of the greatest directors in the world. Among them are: Vittorio De Sica, Michelangelo Antonioni, Federico Fellini, the brothers Paolo and Vittorio Taviani, Francesco Rosi, Theo Angelopoulos, Andrej Tarkowskij. He has scripted over 120 movies, 12 with Michelangelo Antonioni, 5 with Federico Fellini, including Amarcord, which won an Oscar. He also received awards in Cannes, Taormina, Venice, Rome, Los Angeles, including the David di Donatello, the De Sica prize, the European Film Oscar, the prize for Best European screenwriter and the American Jean Renoir Award. His poetic and literary activities, which embraced television and theatre, likewise earned him success and recognition, among which are the Pirandello, Pasolini, Gozzano, Nonino, Carducci and Comisso Awards.

His visual art was also quite significant. Like the great masters of the Italian Renaissance, he translated his poetry into paintings and into a multiplicity of artistic productions, as can be seen in the Museum of Santarcangelo that is dedicated to him and in Poesie nel paesaggio  (”Poetry in the landscape”), where he describes the many installations and works of art to be found in the town and elsewhere.